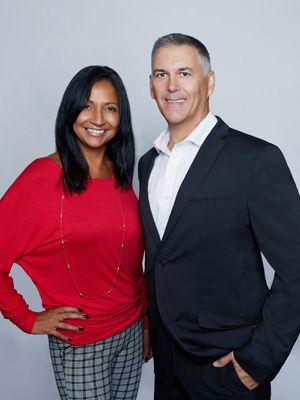 White Rock / South Surrey is an amazing area and we’re proud to call it home. Because we love living and working here in White Rock so much, it makes it easy to help local families and investors buy and sell local properties.

Bob Dawe started his career in real estate in 1993, in Calgary, and quickly became a top producer with RE/MAX, earning “Life Time Achievement”, and “Hall of Fame” status. In 2011, Bob and his family moved to the west coast. In 2016 he invested in Vancouver’s first Keller Williams franchise, and in 2017 moved to the seaside city of White Rock (where his parents retired back in the 1980’s). When Bob isn’t out helping his clients, he can be found walking the promenade and beaches of White Rock. Playing hockey is also one of Bob’s passions, so he’s joined an old timer’s group in South Surrey.

Like his late father Warren, Bob is now a grandfather, with the kids all in Calgary, coming out for summer and family holidays.

With over a thousand transactions under his belt, Bob, along with his wife Sherry, created the Team 123SOLD concept, where they concentrate on helping Sellers who are downsizing. The 123 Method of Store it / Stage it / Sell it was conceived. First they assist in helping sellers de-clutter, then Sherry sets the stage by showcasing the home’s best features. When that’s all done, it’s time to have professional photos and video created, put the home on the MLS, and social media, to market and negotiate the highest price achievable! That’s Bob’s forté. It’s Bob mission to earn every cent of the commission charged, by enhancing the value of the home, and representing each client to the highest degree of professionalism.

If you want to chat real estate or even just connect for a quick coffee, reach out to me anytime!

A CUT ABOVE! Working with Bob and Sherry Dawe will go down in my memory as the most supported, hand-held and "taken care of" purchase and move as only a family member could provide (we are by no means related, just met at their open house last Fall and simply loved them both and asked them to help us find a new home). Thank you to the both of you for your caring and outstanding assistance in all matters! From staging the house, providing boxes and storage for our stuff, to help with most difficult Covid19 circumstances that arose, Bob was proactive, professional, patient and did not hesitate to pay out of his own pocket for things that needed to be taken care of immediately. It took so much stress off our plates immediately. As a Realtor Bob is impressively good with numbers and was providing us with statistics and measurable data to make our decisions just as reasonable and quick. Upon possession of the new place Bob, again, stepped up and helped with arranging additional services needed and not only delivered our stored boxes, he helped bringing our other belongings from our storage. Bob brought us tools, a handy man, a cleaning lady and a carpet cleaning crew (most at his own expense as the previous owners did not fulfill the conditions of the contract). Bob also helped with gardening and removing piles of debris, hauling it to the dump, moving boulders using his tools… the list exceeds any expectations! You truly are a cut above all others! We are forever grateful for everything you’ve done to help us through this journey in this difficult time of pandemic. - Halina Kwiatkowska